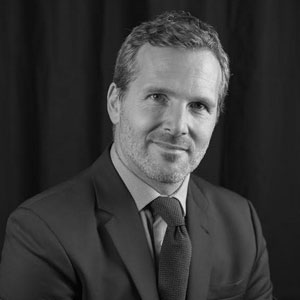 Pierre Langlois de Bazillac, lawyer since 1995, practices commercial and corporate law. A born facilitator and litigator, he specialises in setting-up companies and assisting them in their operations as well as in their commercial development both domestically and internationally.

In particular, he has structured, drafted and negotiated a number of contracts (distribution, operation and supply) involving both European and non-European parties.

Fluent in French and English, Pierre gained extensive international experience while working in law firms across the United States, Belgium, France and Scotland. In 2001, he founded Belgian and French law firm Lexea, which he managed until 2015.

Mr. Langlois de Bazillac earned his Master of Law from Paris V University in 1993. He was appointed and sponsored by the British Council to represent France at the European Young Lawyer Scheme in 2000, under the supervision of The Hon. Lord Carloway, Outer House, Court of Session, Edinburgh. He has lectured on legal topics relating primarily to company set-up including data protection, intellectual property and directors’ liability (IFE and ICC).

Like all the members of our team, he has a great expertize in business immigration and political matters.